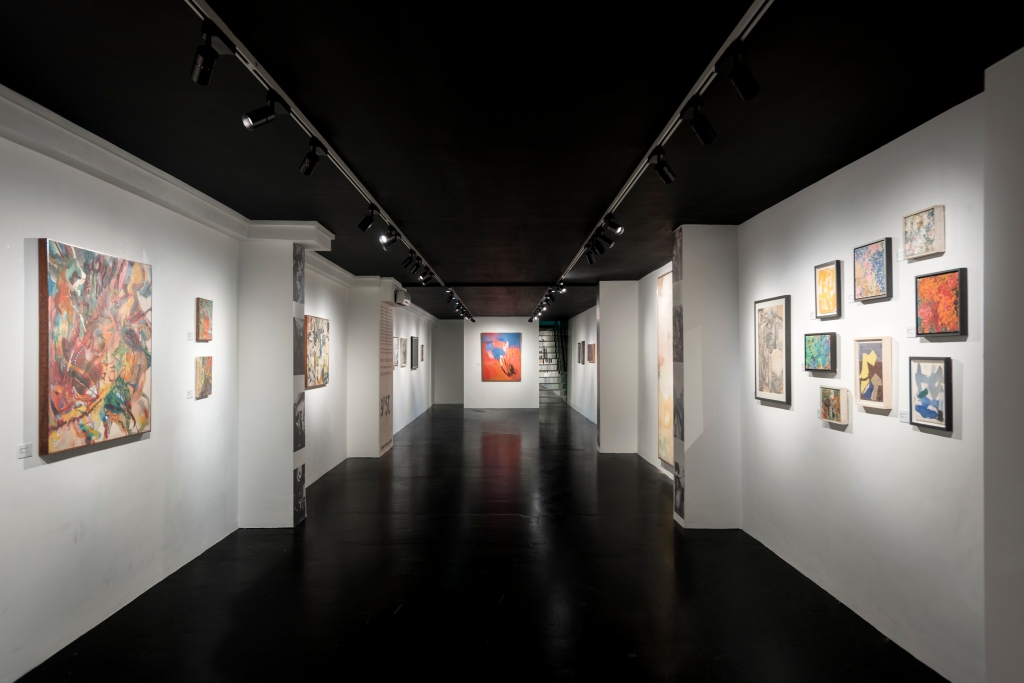 Amar Gallery is currently showing Hiding In Plain Sight: an exhibition that celebrates the female artists who helped shape the golden age of abstract expressionism in mid-twentieth-century America. The ﬁrst of its kind in Europe, the exhibition brings together a collection of works from key cultural progenitors of the time – women who deserve their rightful place in art history, but who have been historically overlooked in favour of their male counterparts. The collection comprises a unique selection of oil on canvas, works on paper, prints and collages from the deﬁning artistic movement of the 20th century, brought together in recognition of the female trailblazers who are ﬁnally acknowledged as being some of the movement’s shining lights.

Hiding In Plain Sight will take the viewer back to the bustling world of 1950’s downtown Manhattan, a hive of restless energy and burgeoning feminist attitude. Showcasing the birth and boom of abstract expressionism in its ﬂourish of colour and daring compositional intrigue, works will range from the post-impressionist landscapes of Lynne Drexler to Elaine de Kooning’s gestural meditations on nature. Whether it be Helen Frankenthaler, who in her early twenties was a founder of the cutting-edge colour ﬁeld aesthetic that placed her in direct step with Rothko, or Ethel Schwabacher, whose loose brushstrokes are bold statements of a woman’s emergence from a man’s shadow, each individual work is heavily engaged in the complex gender politics of the age, as well as enduring testaments to the famous New York School of painting.

Inspired by the 9th Street Art Exhibition that arguably brought abstract expressionism to culture’s pre-eminent fore, Hiding In Plain Sight captures the very moment when women helped shift the centre of the modernist art world from the salons of Paris to the bohemian haunts of post-war America. The exhibition also hopes to shed light on a collective of women who, though operating with unbreakable unity of stylistic consciousness, have been traditionally sidelined in favour of men.

In spite of what artist Paul Brach termed the ‘ﬁfties boys’ club’ of ﬁrst and second generation abstract expressionists, Hiding In Plain Sight asks the viewer to re-evaluate the role of women within this inﬂuential moment of American art heritage – for in the words of Grace Hartigan, ‘I bring my experience, which is different from a man’s, and put it where I can. But once that is done, I don’t know if it’s a woman’s experience I’m even looking at.’ The exhibition has been carefully curated by Dr. John Paul Rollert, who teaches extensively at both Chicago University and Harvard. In his choices, Rollert makes clear his intention to celebrate American women whose work has been almost entirely overlooked – so much so that many of these artists have never been exhibited in the United Kingdom before.

‘These women were at the forefront of the ﬁrst great movement in contemporary art that American artists uniquely championed,’ Rollert states, ‘and yet they have never been recognised for their remarkable contributions. In fact, so overlooked were they by their peers that, at the end of this period in 1971, the art critic and historian Linda Nochlin could famously ask: ‘why have there been no great women artists?’ The answer: they were hiding in plain sight.’