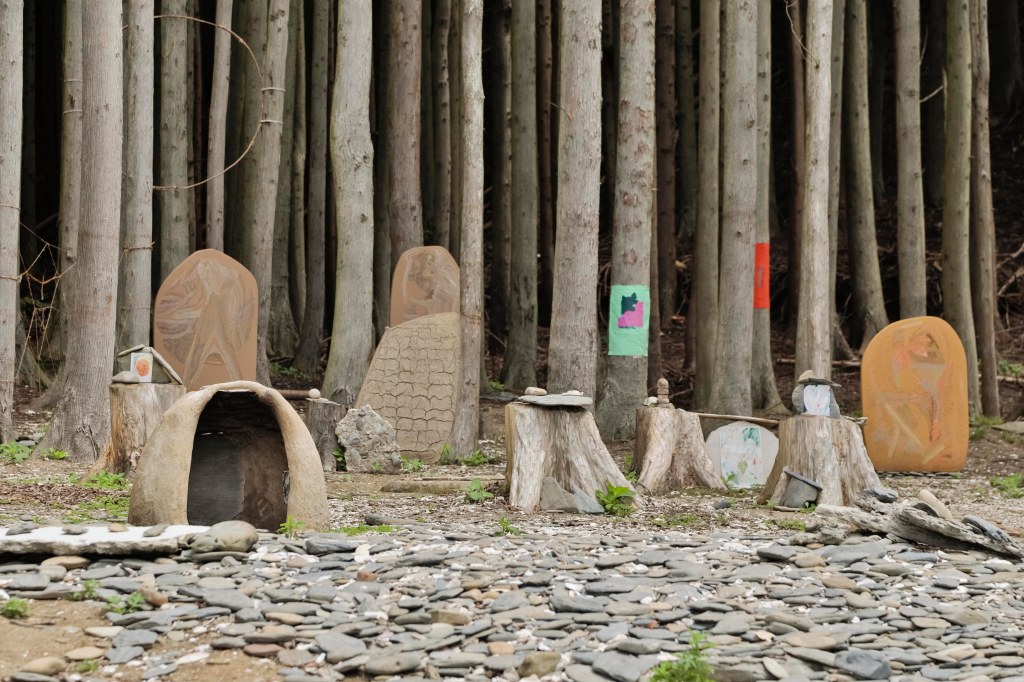 East London Gallery Yamamoto Keiko Rochaix has announced a joint exhibition by contemporary Japanese artist duo Ryoko Aoki and Zon Ito. The two independent artists started collaborating in 2000, and this will be the ﬁrst time they will exhibit London. Curated by Hikotaro Kanehira, the exhibition will comprise of works recently created in their Kyoto studios as well as those produced within the gallery space for the duration of August.

The poetic show will centre around paintings, embroidery, small objects and video installations with the artists incorporating found objects from various London locations. The artistsʼ works have references from both traditional and contemporary Japanese culture.

Geometric forms and vibrant colours are recurring themes in Aokiʼs work. The artist is often inspired by the natural world, plants and animals as well as depicting fragments of everyday life. Installation is an essential part of her work, which is tailored by each exhibition so that the drawings and other media come together to form a collection. Her body of work often consists of things beyond her own creations, such as found objects or works by other people that interest her, which when brought together, adopt a greater meaning.

Ito creates using a range of media, resulting in embroidered drawings, modelling pictures, or hand-made cord drawings. The artist’s choice of hard-to-manipulate media means he can never entirely be in control of his creative process, and the end result is not always what he would have originally expected. The rough, energetic lines ﬂow from paper to fabric to screen with engaging sensitivity, infusing into the body of work a sense of serenity in which time appears to be suspended.

The two artistsʼ works fuse and produce synergy with depth and complexity. The exhibition will touch on the issues of psychological development and the character-building process of young children, making reference to essays on child psychology analysis by Kiyoshi Oka, a well-known Japanese mathematician.