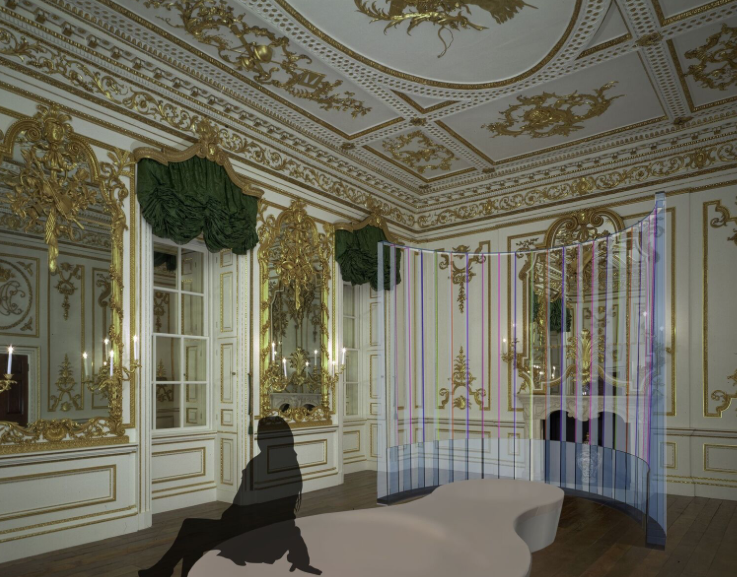 London Design Festival returns for the 16th year in 2018, celebrating 10 years at the V&A as the official Festival hub. London will be transformed with an inspiring programme of landmark projects, installations and events from 15-23 September 2018.

London Design Festival Director, Ben Evans says “London and Design go hand in hand. It is part of our story. London Design Festival is a platform for 100s of design stories to be told. Each of them talks to an expanding audience hungry for design ideas and enjoying the quality and diversity of what’s on offer. It all confirms London’s status as the global centre of design.”

Dr Tristram Hunt, Director of the V&A says: “This year’s programme is bigger and more ambitious than ever, and presents a unique opportunity for leading designers to engage with and respond to the V&A’s world-class collections of art, design and performance. London Design Festival occupies a vital role in London’s thriving design sector, reaffirming London’s position as the world’s leading global design capitals.”

Sadiq Khan, Mayor of London, said: “London Design Festival is a fantastic event which brings together designers from across the globe and demonstrates the capital’s position as a powerhouse for the creative industries. London is known for its creativity and continues to attract the best companies and talent from around the world. I’m delighted to support London Design Festival, which shows that London is open to great ideas, innovation and people from all backgrounds.”

Known for their playful approach to typefaces, Kellenberger– White has designed a new series of alphabet chairs, supported by Festival Headline Partner British Land. An experiment in folding metal to create a typographic system, the chairs are informed by research into László Moholy-Nagy, Marianne Brandt and Wilhelm Wagenfeld.The result is an alphabet of 26 chairs. Other influences for this usable typeface include Bruno Munari’s photos ‘Seeing Comfort in an Uncomfortable Chair’ (1944), Max Bill and Hans Gugelot’s Ulm Stool (1955), as well as Bruce McLean’s ‘pose’ works of the 1970s. Each chair is in a different colour, chosen from a specialist paint manufacture used for industrial metalwork – from International Orange (used for San Francisco’s Golden Gate Bridge) to Cornflower Blue (the colour of Middlesbrough’s Transporter Bridge). The alphabet will be installed in front of Exchange House in Broadgate which is built on an exposed steel bridge spanning the tracks of Liverpool Street Station. Chief Executive, Chris Grigg, said: “Design is integral to everything we do at British Land. Our partnership with London Design Festival celebrates the world’s leading designers and we are delighted to once again support the Festival.”

SUPPORTED BY THE AMERICAN HARDWOOD EXPORT COUNCIL and ARUP

London Design Festival have collaborated with Waugh Thistleton Architects, the American Hardwood Export Council (AHEC) and ARUP to create MultiPly, an interactive modular maze-like installation in The Sackler Courtyard at the V&A, that will encourage visitors to re-think the way homes and cities are designed and built. This pavilion will delve into two of the current global challenges –housing and climate change – and will present the fusion of modular systems and a responsible choice of materials as a vital solution. This three-dimensional permeable structure will be built out of a re-usable panel system made with 60m of American Tulipwood, and it will explore ways in which modular architecture can be developed and enjoyed. “The structure will lead people a merry dance up and down staircases and across bridges exploring space and light,” says Andrew Waugh. “The experience will provide previously unseen framed glimpses of the V&A and the courtyard below.”

Scholten & Baijings will create a contemporary tea room installation on the first floor of the historic Fortnum & Mason flagship store in Piccadilly. Visitors are invited to enjoy a daily Tea Party will be held throughout the nine days of the Festival. Scholten & Baijings will use more than 80 products – designed by them for companies throughout the world – to set a unique six-metre-long table of tea and delicacies which will be served to visitors by the Fortnum & Mason team. Fortnum’s green, the iconic Eau-De-Nil colour, provided the inspiration for the installation, with all furniture and products designed by Scholten & Baijings bearing the distinctive green hue. The marble floor and tables in Eau de Nil will be produced by the Italian marble manufacturer Luce di Carrara. Long green wool Colour Block curtains will be woven in the United Kingdom for Maharam, the American textile company, and special, green upholstered chairs will be furnished by the brands HAY, Moroso and Karimoku New Standard. Moreover, in collaboration with Fortnum & Mason, 1616/ and Maharam Japan, an exquisite porcelain tea set has been developed just for this occasion and produced in the Japanese Arita region, renowned for its fine porcelain since the 17th century.

Established in 2003 by Sir John Sorrell CBE and Ben Evans, London Design Festival celebrates and promotes London as the gateway to the international design community and the world’s leading stage for design innovation.

London Design Festival has since earned the reputation as a key calendar moment of London’s autumn creative season, alongside London Fashion Week, Frieze Art Fair and the London Film Festival, attracting the greatest thinkers, practitioners, retailers and educators to the capital, in a citywide celebration.