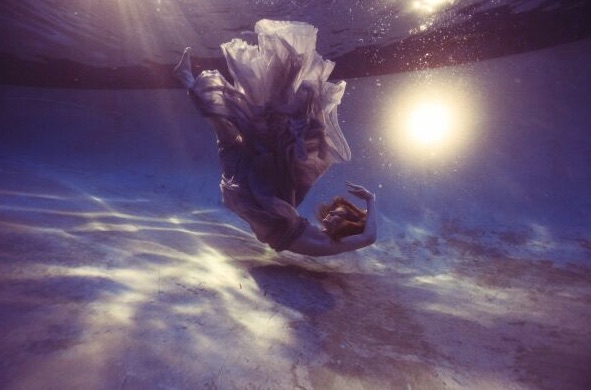 After Nyne Magazine are pleased to announce the debut of their curatorial practice.  Pleasures of the Gaze, curated by Luciana Garbarni, launches this November at The Exhibitionist Hotel

The boutique hotel, located in South Kensington, has played host to works by the likes of Banksy, Damien Hirst, Le Gun, Sir Peter Blake thus seeing its rise as a contemporary art proﬁle throughout the summer under the careful eye of in-house curator Vestalia Chilton.

Now, Luciana Garbarni brings together a roster of world-class artists for the conceptually charged show, including the likes Lauren Baker (who recently exhibited at the Club at The Ivy) Tyler Shields, and CASS Art Prize Winner Jean Luc Almond.

‘Pleasures of the Gaze captures my fascination with the very act of looking and what it says about us as a culture. The show starts in the hotel lobby,  a scene that serves as the paramount location for the old-age rapture of people watching.

‘Then we branch out into the further areas of the hotel which takes us even further into the theme. Each artist has been carefully hand-selected for their idiosyncratic ability to challenge the eye, as well as appeal to it in what solving these challenges will reveal’

‘We’ve been extremely impressed with previous shows at The Exhibitionist. It’s really making its mark as the place to be to see the work of rising, and established creatives. We’re thrilled to be in residency there, and hope that our vision makes for an entertaining and thought-provoking show.’

Pleasures of the Gaze launches with a Private View on November 26th.

Attendance is by invitation only so to request a place on the guest list contact Veronica West-Gray, Communications Assistant at veronica@afternyne.com