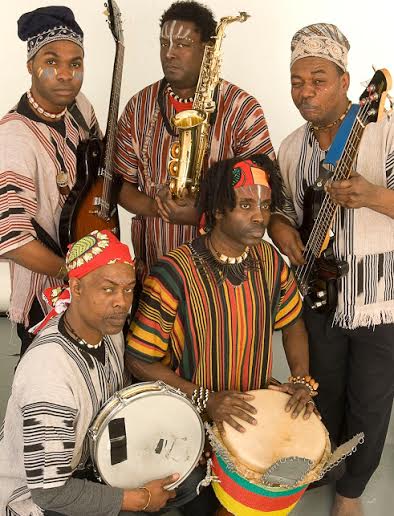 On 26th June, The School of Oriental and African Studies is hosting a special one-off concert by Kasai Masai, London’s best African band to celebrate the magic of African music mixing the traditional sound of the equatorial African village with a distinctive urban edge.

Kasai Masai is led by percussionist, singer and dancer Nickens Nkoso, who  has performed at festivals including Glastonbury, Womad Reading and Womad Grand Canary, and on ‘Later with Jool’s Holland’.

With their fast paced rhythms, strong melodies and passionate beats, Kasai Masai performs music passed on from generation to generation combined with its own contemporary style.  Written in Swahili, Lingala and Kimongo, Kasai Masai’s lyrics portray the cultural diversity of the Congo where more than four hundred languages are spoken.

The concert, from 6-9pm on 26 June, celebrates the tenth anniversary of charity, African Vision Malawi.

For enthusiasts, there will also be a Djembe drumming workshop and a Kizomba dance workshop between 3.00-6.00pm.

Tickets can be purchased here

All proceeds go to the charity African Vision Malawi – www.africanvision.org.