Many domestic art lovers and novices alike have often praised The Other Art Fair for its distinctive approach as an exclusively artist-led fair. In it’s 8th year running, the event continues to distinguish itself as a platform for many independent artists to showcase their work and communicate directly with visitors – who are also presented with an opportunity for direct interaction with over 100 artists, gaining an insight to their practice and many of the ideas inspired in the work exhibited.

Our highlights included the delicate string maps and narratives by Damilola Odusote, Rococo Wonderland’s ever-identifiable neon works, as well as Mark Powell, Gina Soden and Benjamin Parker — whose standout piece “Come To This” caught the attention of several passers by as a 150 x 120 canvas of jute, sand, bones, glass and rope!

The artist exclusively revealed the contouring of the animal’s bones in its unnatural, rigamortis-like pose had been a nod to none other than Kim Kardashian’s contorted back arch Paper magazine’s much-talked about Jean-Paul Goude shoot of Winter 2014. 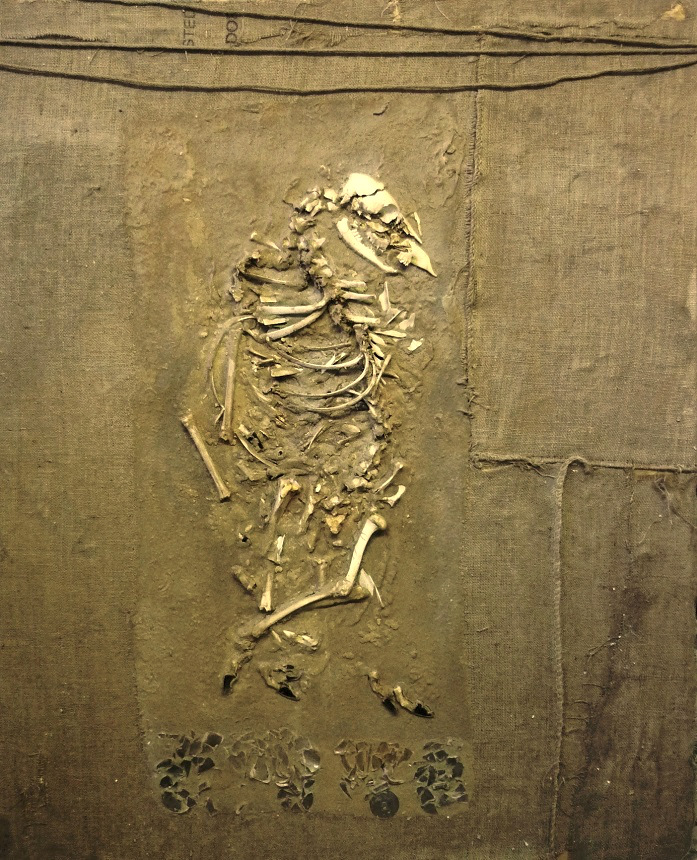 For an art-fair as unique as its kind, it certainly boasted an equally unique offering of amusing eavesdroppings! Our Arts Editor recollects the last day of The Other Art Fair below:

“Not at your age, you have to become one of those responsible adults now.”
– “Artists aren’t really adults though.”

“It’s got a real European vibe to it.”

“In a couple hundred years from now they’ll look back and be like, what the fuck were they doing?”

“He was invited for guest curation. So…yeah, he’s definitely on the up.”

“It’s incredible how everyone focuses on the same one.”

“I’ve been selling pictures of her work for years and I’ve just always got it, you know?”

“I don’t have a big enough wall at home!” *loud laughter*

“Sometimes I come to art fairs and there’s nothing to do.”