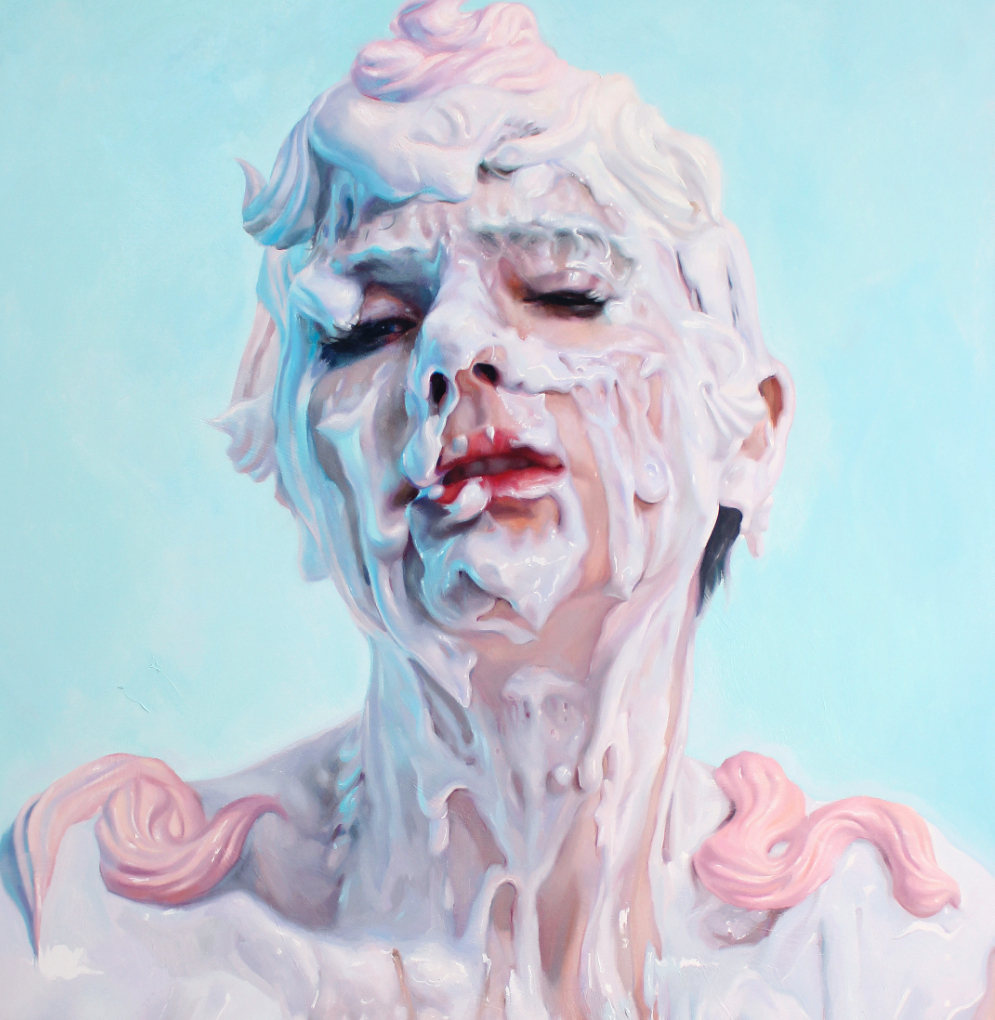 Our Art Editor has returned with her weekly breakdown of the must see exhibitions in London this week. The capital is buzzing with new and old talent alike, there’s absolutely no excuse to not see them all.

Dissonance showcases an ultimate culmination of ideas initiated and developed from artist Alexandre Farto’s (aka Vhils) last two solo exhibitions in 2014: Dissection, held at Lisbon’s EDP Museum and Vestiges, showcased in Paris. This collection speaks of how individuals are shaped into increasingly abstract personalities by the overpowering force of the city and its visual stimuli, becoming lost to the dissonance that results from the chaos engendered by technology, visual communication and mass media, by public space and urban development.

Farto’s highly anticipated return to London follows Devoid, his last major showcase held at Lazarides Rathbone in 2012. The upcoming exhibition is a complex reflection on how various factors compose the contemporary urbanised world that is shaping us into what we are, personal identities becoming more and more abstract, lost to the visual noise and clutter that surrounds us.  The work explores notions of increased saturation and dilution of personal identities in contemporary urban societies, reflecting the uniformity and abstraction brought about by the current model of globalised development.

The striking new series of work is rooted in the idea of dismemberment and dissection, in conducting an almost clinical examination into the results of living with a chronic sense of dissolution. The stratification encompassed in the contrasting media presented, compositions in metal, wood, and billboards, each highlight the effacement of identity through the way in which the encroaching layers surround and take over the subjects being portrayed. Dissonance presents a powerful response to contemporary culture and rapid urban regeneration through the eyes of one of Europe’s most distinctive visual artists.

The Unit London will be playing host to photographer Sascha Bailey and his The Something Else Collective for the first time alongside their own roster of international artists this March in “New Blood.”

The theme seeks to encapsulate the spirit of the young artistic movement currently emerging in London. Taking a fresh and challenging look at the art world, New Blood is an exhibition of contemporary visual art. Both led by directors under the age of 25, The Unit London and The Something Else Collective are creating a unique opportunity to see what the next generation of curators has to offer.

Highlights include a series of photographs by Fenton Bailey and Mairi-Luise which showcase their unique ability to objectify their subject. Bailey is displaying his maturing aesthetic with a series of photographs using his new muse Sarah, whilst Mairi-Luise’s brand new works are typical of her own very distinctive, erotic style. Also included is critically acclaimed Russian artist Ivan Alifan, who has recently had successful exhibitions in New York and Toronto with his brand new works exploring sexual subtexts. Parisian photographer Cecile Plaisance is showcasing her well-known Lens series of interactive lenticular Barbie holograms, giving the exhibition a unique, interactive edge.

Also featuring will be artist Russell Young, whose work documents a troubled world in a period of turmoil, madness and beauty; and British collage artist Joe Webb, whose surrealist work explores themes of nostalgia and romance received critical acclaim at The Saatchi Gallery this year. 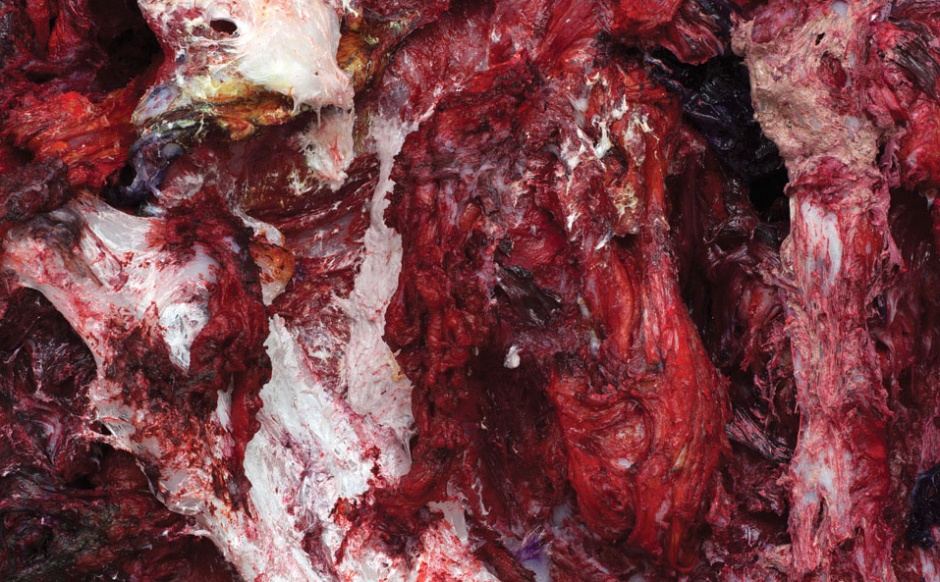 Anish Kapoor returns to Lisson Gallery with an exhibition that contrasts his coolly rational sculptures with a series of giant and wildly expressive resin and silicon works. The latter are a new development within Kapoor’s oeuvre which he has worked on over the last 18 months. Simultaneously both sculpture and painting, these are flesh-like panels that resemble animal carcasses and recall works by Rembrandt, Soutine and Bacon. The exhibition as a whole engages in a play of interiority and exteriority, reshaping the viewers’ psychological states as well as the space around them.

The contested surface of the new silicon works extends Kapoor’s interest in the legend of Marsyas, whose skin was flayed by the Greek god Apollo and whose name was used as title for the artist’s 2002 Turbine Hall commission at Tate Modern.

These new works complement the irregular, convex mirrored surface of his twisted elliptical stainless steel sculptures which bend the reflected spaces and viewers back on themselves, reshaping architecture and our spatial experience in turn. Kapoor’s work addresses interiority and exteriority, the psychological states that accompany the movement of bodies in space and their relative proximity to these indefinable objects. Ranging from the intimate to the monumental, Kapoor is this year also preparing for his largest public exhibition to-date, for the palace and gardens of Versailles this summer (from June to October). 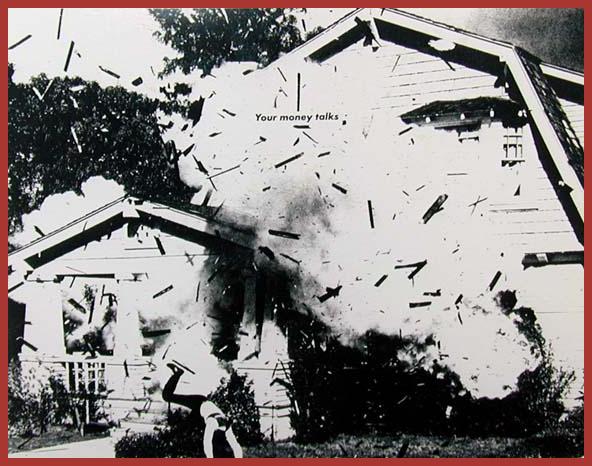 Drawing on her background in graphic design, Kruger adopts the same visual tools as mass media; the appropriated images and texts acting as both social commentary and political agitator. The exhibition features Kruger’s large-scale black and white photographs, overlaid with provocative captions in bold Futura type. This group of works, selected from the 1980s, examines the cultural constructions of power, identity and sexuality through their juxtaposition of text and imagery.

“In my work I try to question the seemingly natural appearance of images through the textual commentary which accompanies them”.

Presented in the artist’s signature red enamel frames, the works in the exhibition form part of Kruger’s highly recognisable and consistent stylistic practice. Coupled with the bold font, the red frames not only create a strong visual impact against the black and white imagery, more importantly they function as a key element in Kruger’s strategy to challenge the visual language and power structures of consumerist culture. As Kruger affirms:

“These were objects. I wasn’t going to stick them on the walls with pushpins. I wanted them to enter the marketplace because I began to understand that outside the market there is nothing… That’s what the frames were about: how to commodify them. It was the most effective packaging device. Signed, sealed, delivered.”

Subverting the media’s illusions and aspirations for a modern American culture, Kruger’s ground-breaking works of the 1980s have contributed significantly to the discourse of such themes as Conceptual Art, Semiotics and Feminism, earning her a place among the leading artists of today. 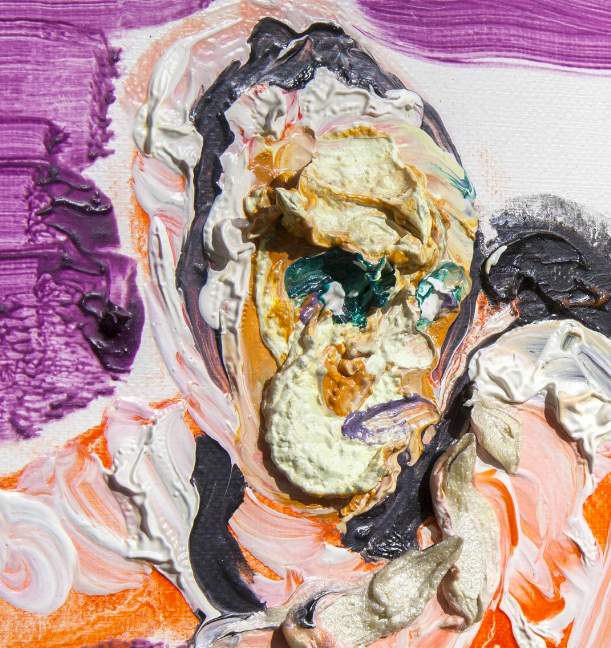 Schmersal is known for his expressive reworking of the traditional genres of the still life, landscape, portrait and self-portrait, in which he engages in a compelling contemporary dialogue with the master works of western narrative painting. Appropriating and reinventing familiar themes and motifs from the Baroque to the present, Schmersal creates his compositions with a gestural language entirely his own.

Oscillating on the border between representation and abstraction, Schmersal’s figurative subjects often float within atmospheric colour fields, transcending the confines of a fixed narrative, or familiar viewpoint.

This removal or realignment of historical references allows the artist to ‘re-organize’ the borrowed figure, capturing the essence of the contemporary human form, and related objects, through his expression of colour and movement. His application of a variety of experimental painterly techniques brings visceral tension to the painted surface, from liquefied washes of pure colour to vigorous gestural brushwork.

Paintings by artists such as Rubens, Baldung Grien, Goya and Ingres have served as the catalysts for many of his recent works.Through concentrated layering and interconnection with personal imagery, Schmersal simultaneously tests the contemporary currency of iconography from the past and reflects upon the task of painting in the present day.